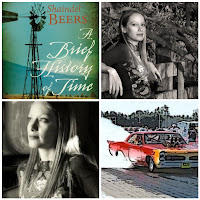 Meg and Shaindel ... an enlightening interview. I'm glad about the question and answer on the ghazal. As you know, in my interview the tight focus was on the sestina, but I also had wanted to ask about the ghazal but didn't for brevity's sake. Thanks!

Confessional or not Shaindel speaks the truth, and the truth is what sets us free. Great interview. -S Siegel

I enjoyed this! Well done...