Girls in the Garden 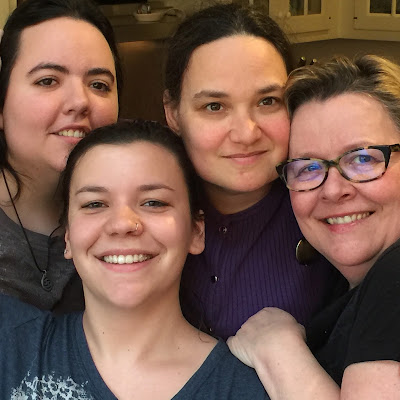 Girls in the Garden
Because this is a love poem,
nudity should be expected
It may be cliché—but there will be flowers
and since this is love—gazing for hours.
A woman in love is a woman insane.
She’ll sacrifice everything in ritual flames.

Love eternal sometimes ends in flames,
even if pledged in an oath or a poem.
Such loss, it is said, made Lilith insane,
her natural power is still not accepted,
replaced by her sister Eve, within hours;
she fled and the footprints she left filled with flowers.

For Lilith’s breath and her touch begat flowers
and thoughts of her body, for Adam, begat flames,
when she disappeared that man searched for hours;
he filled with lament and wrote sonnets and poems.
This longing for Lilith he had not expected.
If not for his Eve, he would be insane.

Eve complained to God, her man was insane.
God gave her some apples (they started as flowers)
then he slithered away as should be expected
from a snake in the grass or a bush full of flames.
God made Adam write lies in a very long poem
and recite it to both his wives for hours and hours.

Brainwashing these women took more than just hours,
and for millenniums since, women are seen as insane,
forbidden to speak, or to sing, or to poem.
Instead, they must quietly tend to the flames.
And when in their wake there grew tides of flowers,
the power of women remained unexpected.

Lilith and Eve behaved not as expected.
They studied and chanted like witches for hours.
Raising their power in starlight and in fiery flames.
Today, belief in a Goddess is considered insane
and when women seem pretty; they are treated like flowers.
They're worshiped in plays and in dramatic poems.

The power of women is rarely accepted by scholars, or clerics, in love or insane. Yet young girls sit vigil for hours and hours. They tie up their hair in ribbons and flowers and speak secret wishes to candlelit flames. Writing their poems and calling God by her name.

Email ThisBlogThis!Share to TwitterShare to FacebookShare to Pinterest
Labels: Girls in the Garden