After an artifact of the Auschwitz-Birkenau Museum
Before we left Oswiecim, went to work elsewhere for the devil, and we left you to play your sweet clarinet for those officer’s parties and decampment marches, six of us said a Novena and made a promise in the bunker you built. Remember that sweet German marmalade, Albert? And those cups of tepid soup we brought to you those August nights? I remember your ready smile and broad hands. How capable you were with a carpenter’s tools. We were, each of us, around 19 years old in September of 1944. Karol said you reminded him of his kid brother, the stubborn mass of your young muscles despite the starvation and hard labor you endured. You heartened us. And we loved you as we did another Jew, a Nazarene who was also a carpenter.
And in that place where you worked alone those hot afternoons, in that bunker that we built together intended to protect the SS in case of an air raid; the rest of us, we gathered and Bronislow wrote our names and prisoner numbers on a scrap of paper that Karol ripped from an empty cement bag. We used the pencil left by a visiting inspector and there where you hid the evidence of the food we hid for you, the jelly jars and soup tins. There in the cement wall, inside an old vinegar bottle, after we said a prayer for survival, and if nothing else remembrance of our young lives, we secreted that scrolled paper after adding your name, Albert Veissid, and A12063, your prisoner number.
—first appeared (9/30/2017) on BeZine hosted by Meta/Phor(e)/Play during their live "100,000 Poets (and friends) for Change (100TPC) people the world over...gathered to stand up and stand together for PEACE, SUSTAINABILITY, and SOCIAL JUSTICE.
Posted by janjoplin at 11:17 PM

A Review of "Inquiry into Loneliness" at Rag Queen Periodical

If you send $10.00 via PayPal (includes postage) to bluemoonnortheast@gmail.com and include your mailing address, I'll send you my book, Inquiry into Loneliness. Please note if you'd like your copy signed and/or include an extra dollar if you'd like one of the buttons I had made up for readings. For signed copies, be sure to specify if you want your book addressed to you personally. Thank you and Happy New Year,
Meg Harris 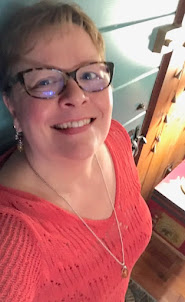 Places to Go and People to Meet.

I Write Like by Mémoires, journal software. Analyze your writing!